Fiduciary duties arise as a matter of law in certain formal relationships, including attorney-client and trustee relationships. Meyer v. Cathey, 167 S.W.3d 327, 330-31 (Tex. 2005). But an informal fiduciary duty may arise from a moral, social, domestic, or purely personal relationship of trust and confidence, and these types of relationships are generally called a confidential relationship. Hubbard v. Shankle, 138 S.W.3d 474, 483 (Tex. App.-Fort Worth 2004, pet. denied).

Doctrine of laches (not the same as statute of limitations, but similar)


LACHES DOCTRINE IS EQUITABLE IN NATURE, WHILE SOL - BY CONTRAST - IS STATUTORY 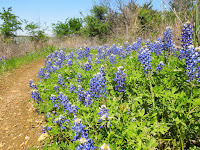 COHEN, Justice.
Appellant sought a deficiency judgment after it foreclosed its deed of trust on the Grayridge Apartments. The underlying promissory note was made by appellee Grayridge and was guaranteed by appellee Harry. The jury found that Bluebonnet was estopped from asserting its deficiency claim, and that its rights were both waived and barred by laches. On appellees' counterclaim, the jury found that Bluebonnet was grossly negligent in misrepresenting that the loan would be refinanced and awarded actual damages of $158,000 and exemplary damages of $474,000. The trial court rendered judgment on these verdicts. We reverse and render in part and reverse and remand in part.
In 1987, Grayridge borrowed from Reliance Savings Association to purchase apartments. Mr. Harry, Grayridge's president, personally guaranteed 50% of the note.
Bluebonnet acquired the note after Reliance failed. In May 1989, Bluebonnet gave notice of default. In June, Mr. Harry's attorney wrote Bluebonnet, disputing the default and stating that when Harry had borrowed the money, "all parties understood that the current structure of the loan would probably not be sufficient to allow (Grayridge) to perform according to its terms ... based on the projected cash flow ... and that further restructuring may well be necessary." The letter referred to the note's "sorrid [sic] and tortured history" and claimed that "the transaction was closed at the time with this expressed understanding and was subsequently affirmed by both parties after the closing."[1]
Mr. Harry claims that Bluebonnet's agents subsequently orally agreed to accept partial payment, even though they knew or should have known that Bluebonnet's loan committee would refuse the deal and foreclose. Harry admitted, however, that the lengthy negotiations never produced any written agreement to restructure the loan, and that he knew loan committee approval was required and might be refused, as it ultimately was. Appellees allege that while these negotiations 908*908 dragged on from 1989 to 1991, occupancy in the apartments rose from 25% to 75%, and that Harry worked exclusively at the apartments, foregoing other business opportunities, all known to Bluebonnet. Harry complains that if he had known Bluebonnet would not agree to a workout, he would have abandoned the project, instead of managing it for two years, and would have earned money as a real estate broker, as he had in the five preceding years.
In its first point of error, Bluebonnet contends the evidence was legally and factually insufficient to prove a negligent misrepresentation to Mr. Harry, as the jury found in question 8.
On the no evidence point, we consider only the evidence and inferences tending to support the finding and disregard all evidence and inferences to the contrary. Sherman v. First Nat'l Bank, 760 S.W.2d 240, 242 (Tex.1988). The jury's findings cannot be overturned when the record reflects more than a scintilla of evidence in support of the verdict. Id. In reviewing factual sufficiency points, the jury's verdict must be upheld unless the verdict is so against the great weight and preponderance of the evidence as to be manifestly unjust. In re King's Estate, 244 S.W.2d 660, 661 (Tex. 1951). When reviewing factual sufficiency, we review all of the evidence, including that which is contrary to the verdict. Id.
The jury refused to find any fraud by Bluebonnet. It found Bluebonnet guilty of grossly negligent misrepresentation. Negligent misrepresentation can arise when a party represents that a contract has been formed, though in fact, no contract agreement exists. Federal Land Bank Ass'n v. Sloane, 825 S.W.2d 439, 442 (Tex.1991). The claimant must show:

1. that the informant supplied false information in a pecuniary transaction;

2. that the information was supplied for the guidance of others in their business transactions;

3. that the claimant justifiably relied upon this information;

4. that the claimant suffered a pecuniary loss; and,

5. that the informant failed to exercise reasonable care or competence in obtaining or communicating the information to the injured party.

As the El Paso court has cogently stated:

"[T]he tort of negligent misrepresentation frequently involves a defendant's statement that a contract exists, upon which plaintiff relies, only to later discover that the contract has been rejected or was never completed. Thus, negligent misrepresentation is a cause of action recognized in lieu of a breach of contract claim, not usually available where a contract was actually in force between the parties."

Airborne Freight Corp., Inc. v. C.R. Lee Enter., Inc., 847 S.W.2d 289, 295 (Tex.App.—El Paso 1992, writ denied) (emphasis added).
Here, the parties had a contract. The existence of a written contract makes it harder for a party to show reliance on subsequent oral representations. The contract itself is notice of binding duties, and when it requires that amendments be in writing, that is additional notice not to rely on oral representations. Thus, the court in Airborne Freight concluded, "The terms of the written contract simply belie any reliance on (the defendant's) verbal assurance. We distinguish this case from those negligent representation cases regarding failure to complete contracts. Here, a binding written agreement was entered by the parties and controlled their actions." Id. at 298. "The written contract contained ample cautionary language which would preclude exclusive reliance by a reasonable businessperson on verbal statements contradicting the written agreement." Id. at 297.
The evidence at trial shows that around September 20, 1989, Mr. Harry and Bluebonnet's agent, Will Fulton, discussed restructuring the loan. Harry testified that Fulton orally agreed to a payoff of $1,025,000. In October 1989, Bluebonnet's agent, Mr. Lingle, 909*909 stated, that "everything looked fine; [and] that he [Lingle] was getting ready to present it [the agreement] to the [loan] committee" and that "everything would be okay." Appellees contend that Bluebonnet's agents made these statements to induce Mr. Harry to continue managing the apartments, even though Bluebonnet intended all along to foreclose.
We find, as a matter of law, that appellees failed to prove they justifiably relied to their detriment on the statements by Bluebonnet's agents.
Bluebonnet never promised in writing to refinance. Appellees rely heavily on Mr. Harry's testimony about the September 20, 1989 meeting, where Mr. Fulton stated that Bluebonnet was "allowed at that time to take 90% of the appraised value" to settle the debt. Mr. Harry first said he would "think about it," and then offered $1,025,000, which exceeded the appraised value. Fulton then stated that Harry should "send him the financial statements and then put all this in writing and send it up to him and that he would get that to the loan committee." From this, Mr. Harry "perceived in (his) mind that Bluebonnet had made a representation" to accept $1,025,000 as full payment.
Viewing this evidence in the light most favorable to the verdict, we find it is no evidence of justifiable reliance by a reasonable businessperson. See Airborne Freight, 847 S.W.2d at 297. Mr. Harry admits that Fulton required further financial statements, that he told Harry to "put all this in writing," and that Fulton said the loan committee would still have to be consulted. Such actions do not signify a deal; they constitute negotiations. Interestingly, Mr. Fulton and Mr. Harry signed a document entitled "settlement negotiations agreement" before their discussion of September 20, 1989. In it, they agreed as follows:

[1] Appellees cite no evidence supporting these claims, which are irrelevant to any issues raised in this appeal.